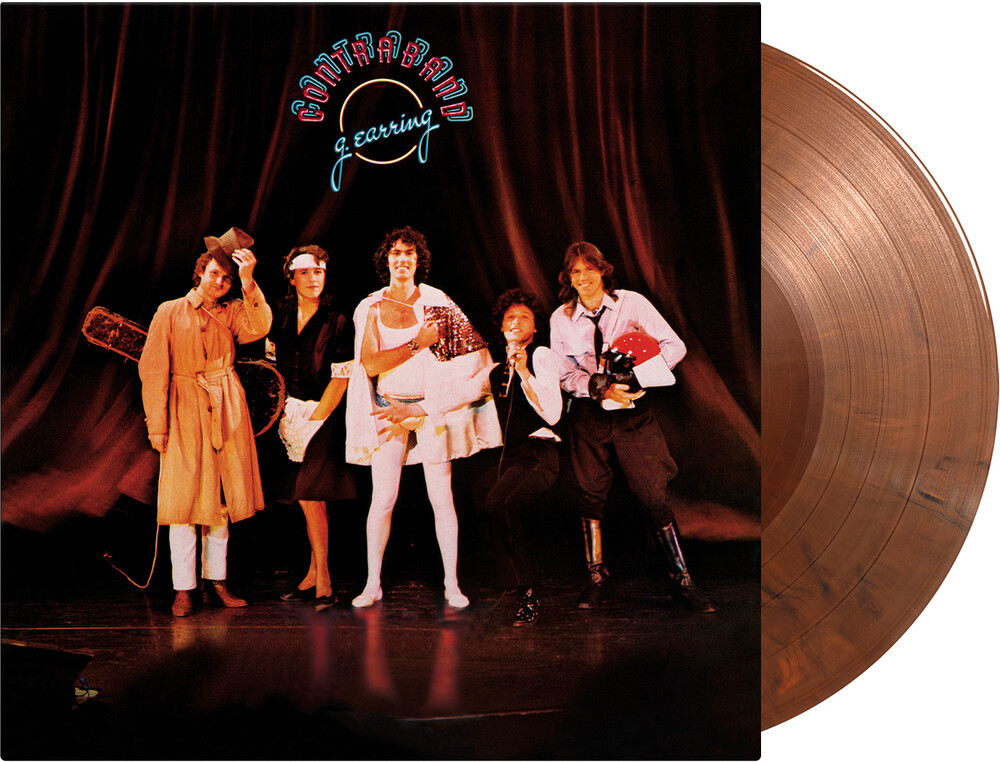 Dutch rock band Golden Earring released their twelfth studio album Contraband in 1976. It was the first full album to feature Eelco Gelling as the band's guitarist. With seven rocking tracks, this album is dominated by guitars - as demonstrated by lead single 'Bombay' and by the long guitar solos on 'Con Man' and 'Mad Love's Comin'. Contraband was well received by music critics and charted at #12 in the Dutch album charts.The album is available as a limited edition of 1500 individually numbered copies on orange & black mixed vinyl, and includes a4-page booklet.
back to top