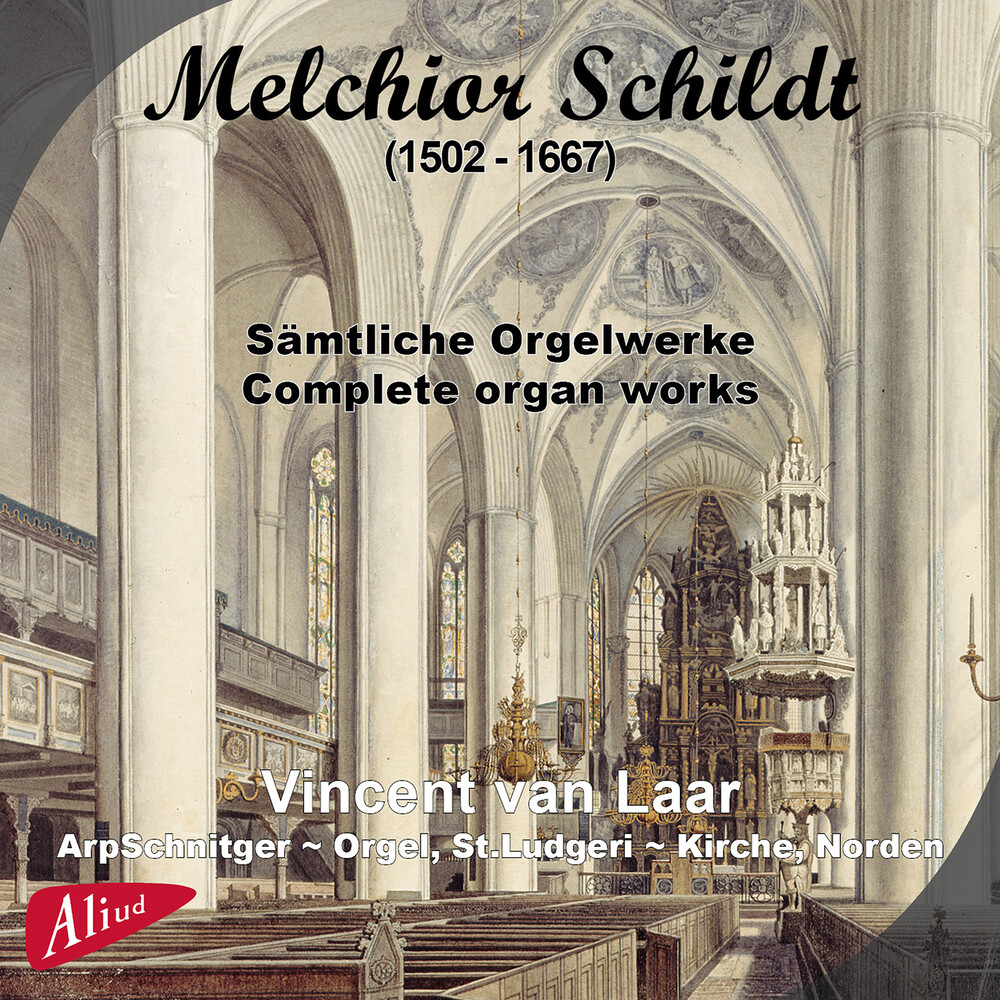 Melchior Schildt was born in 1592 or 1593, probably in Hannover. After having studied for some years with Andreas Crappius, who was Cantor in Hannover, he left in December of 1609 for Amsterdam to study, probably for a period of three years, with Jan Pieterszoon Sweelinck. From this time until the year 1623 there are no biographical data preserved. From 1623 to 1626 he was organist in WolfenbĂĽttel. From 1626 to 1629 he was in the service of King Christian IV of Denmark, one of the most munificent musical patrons of the 17th century. It appears from a receipt signed by Schildt that he gave music lessons to the King's children. Whether or not he was Court Organist, and in that capacity played the famous Compenius organ in Frederiksborg castle, is unknown. In 1629 he returned to Hannover, where he succeeded his father as organist of the Marktkirche. He held this position until his death in 1667. On this release, his works are performed by renowned organist Vincent van Laar on the organ of the St. Ludgeri Church, which is famous among organ lovers.
back to top