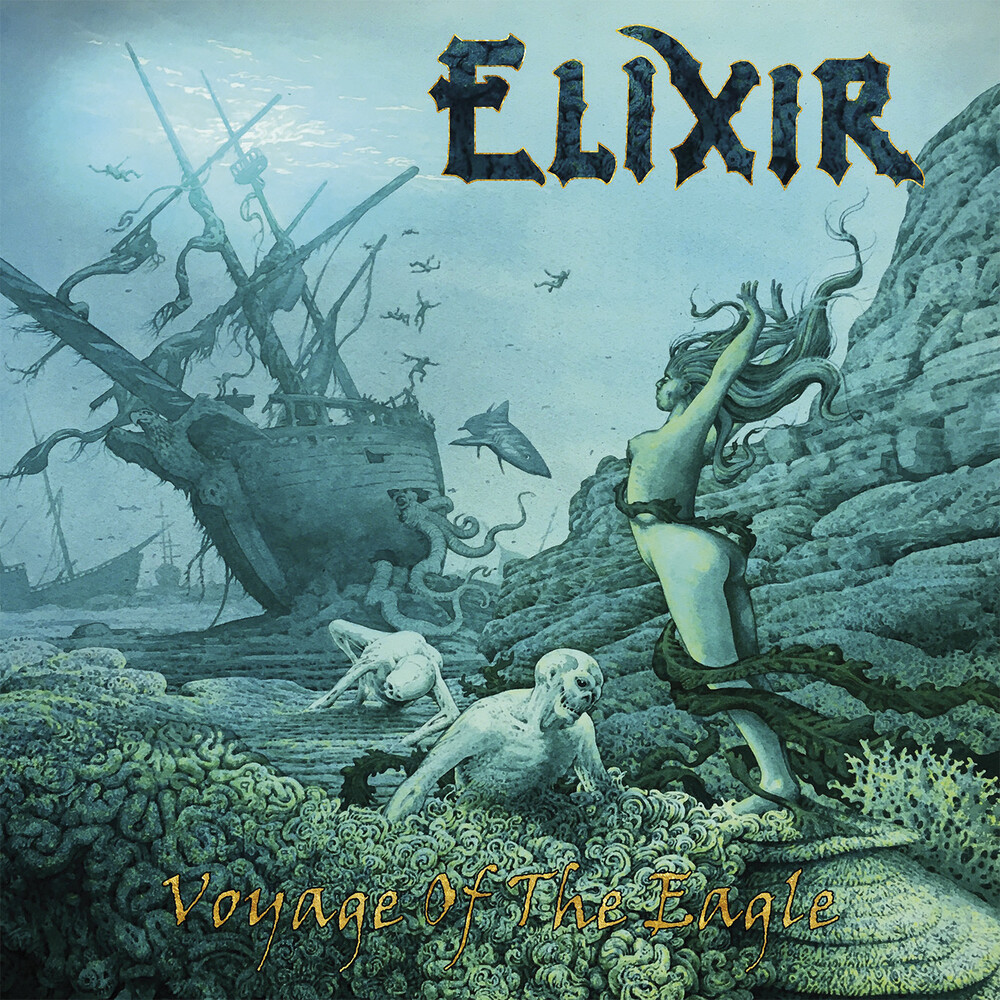 Vinyl LP pressing. Many fans thought they'd heard the last of Elixir when, after an eleven-year second wind, the band spilt up in 2012 for the second (and presumably final) time. Vocalist Paul Taylor and guitarist Phil Denton went on to form Midnight Messiah and released two albums (The Root Of All Evil and Led Into Temptation) with them. But the much-missed Elixir are back with a new album Voyage Of The Eagle, a new face on bass and a renewed enthusiasm.