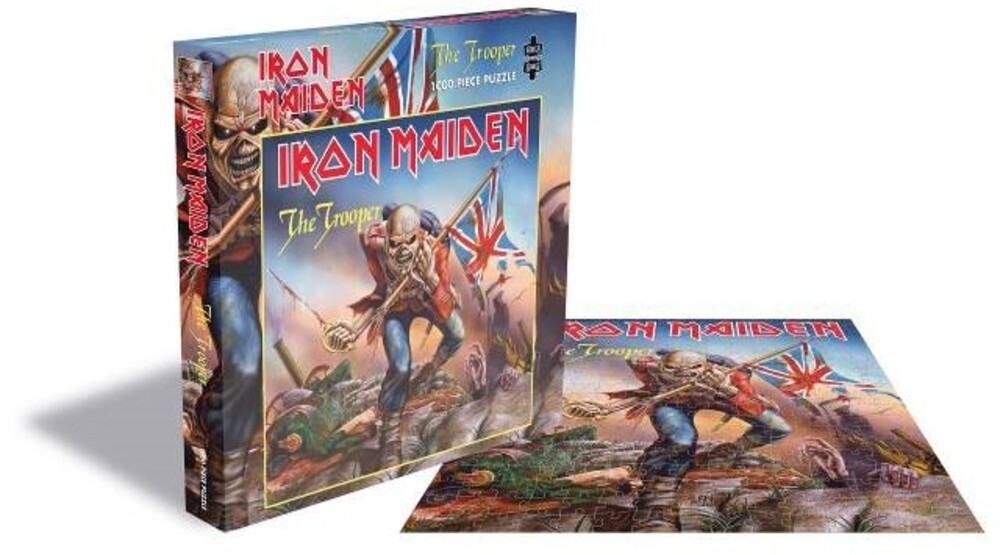 "The Trooper" was released in June 1983 as the second single from Iron Maiden's fourth studio album, 'Piece Of Mind'. The song reached No. 12 in the UK Singles Charts. It also achieved success in the United States, peaking at No. 28 on the US Mainstream Rock charts as well as gaining a much better reception than the band's previous single, "Flight Of Icarus". It is the band's first release to feature Nicko McBrain, who replaced Clive Burr on drums in 1982. The track has been the subject of much praise since it's release, with AllMusic describing it as "an all-time genre classic". The single's iconic artwork is now available as a 1,000 piece jigsaw puzzle printed on high quality board. 1000 pieces Weight: 750g Jigsaw size: 57cm x 57cm Box size: 30.9cm x 30.9cm x 2.8cm