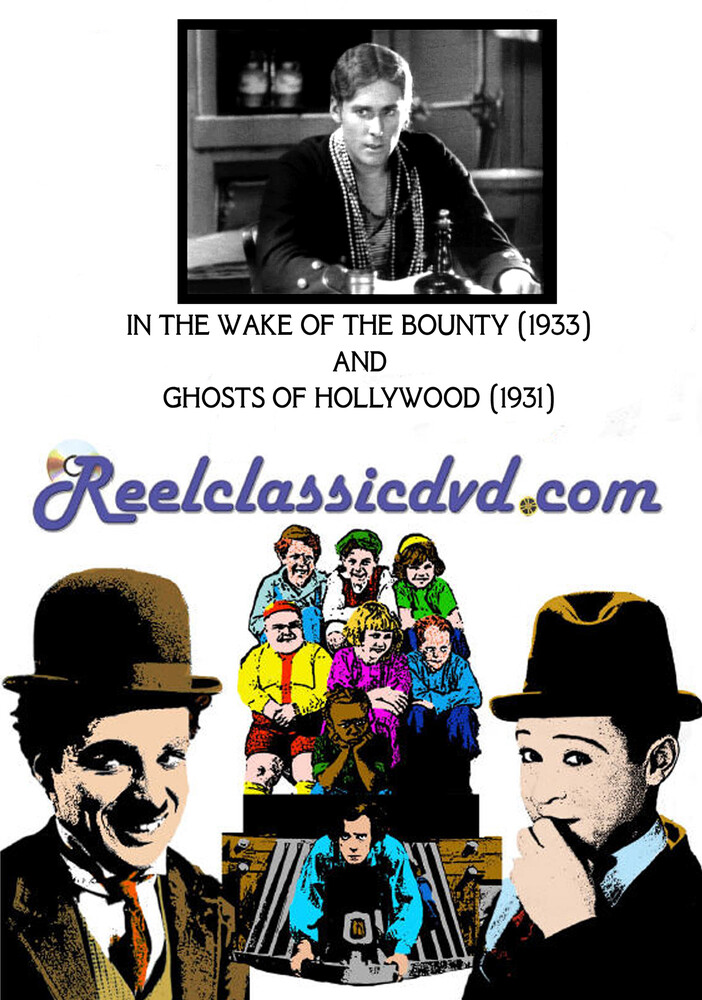 IN THE WAKE OF THE BOUNTY starring Errol Flynn in his first screen appearance! This is a dramatic account of the notorious mutiny of the Bounty... no, wait - it's a documentary about the natives of Tahiti and Pitcairn Island... hold on - it's a travelogue... hey, are those girls naked? Actually this film, an Australian production, doesn't know what it wants to be. The dramatic elements are unintentionally hilarious with acting that is, by turns, wooden and way over the top. The flimsy sets look as though they were hastily assembled for a grammar school play! But, oddly, this is not a bad film. When it switches gears to the documentary and travelogue sequences, the photography is simply spectacular and even breathtaking. We also learn what happened to the Bounty mutineers and their descendants and how they lived in 1932. We are even treated to a glimpse of the undersea wreckage of the Bounty herself. This is a dubious start to Errol Flynn's career, but a fascinating film nonetheless! By the way... The girls ARE naked! GHOSTS OF HOLLYWOOD narrated by William Mac Innes. This is a short documentary that brings us to the decaying and forgotten studios of the silent days. We see the Sennett, Metro and DeMille studios in crumbling ruins. We get a peek at the former dressing rooms of Mabel Normand and Rudolph Valentino. We even travel to Falcon Lair, Rudy's legendary mountaintop mansion! There are scenes of the once mighty sets built by Douglas Fairbanks for ROBIN HOOD and D.W. Griffith for INTOLERANCE (although our narrator seems blissfully ignorant of this). All is not doom and gloom, however. We also journey to the new studios of Warner Brothers, Universal City, Fox, MGM and RKO! This is a great little film that is packed with interest for any fan of motion picture history!