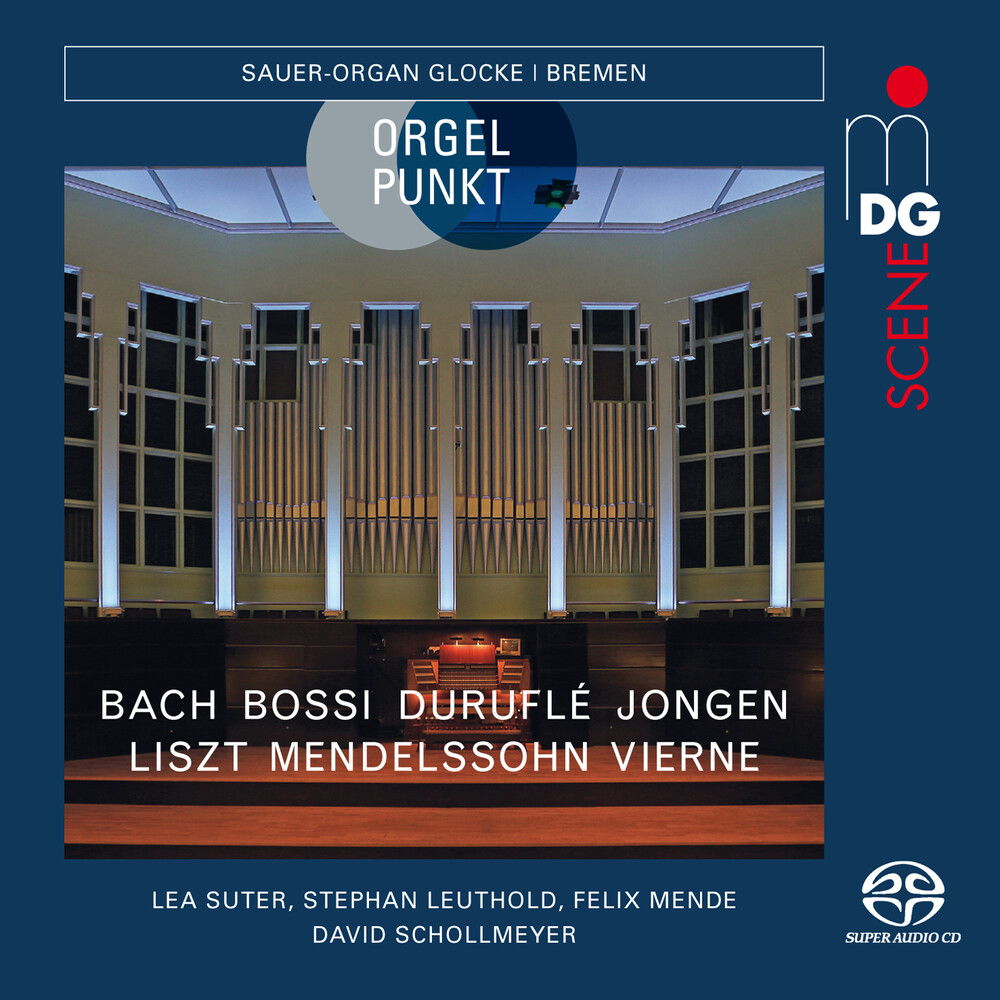 When in 1928 the great organ in the Bremen "Glocke" was handed over to the concert public, the critics were full of praise for the successful symbiosis of the excellent instrument from the renowned Sauer workshop and the outstanding acoustics of the concert hall. The organ has survived war and destruction almost unscathed and was thoroughly restored a few years ago after an extended Sleeping Beauty sleep. Now this instrument, which is uniquely preserved in Germany, has been honored for the first time on Super Audio album and shows that it is capable of "perfectly reproducing the literature of past times as well as that of the present." This is what was written in the handover report, and four organists will be performing this virtuoso sound test: Stephan Leuthold, Felix Mende, David Schollmeyer and Lea Suter will be playing music from Johann Sebastian Bach to Maurice Duruflé. And indeed, Sauer also built typical stops into his ultra-modern instrument based on models from Praetorius and Silbermann, so that the "Old Masters" can be played appropriately. The four-manual instrument is equipped with a pneumatic action - self-evident for the time of it's construction, a rare specialty for connoisseurs of historical performance practice today. However, the instrument can show it's great strength in the floating, multi-layered sound colors, for example in Mario Enrico Bossi's "Theme and Variations" op. 115, or in the works of Joseph Jongen, which were clearly influenced by French Impressionism. Liszt's "Consolation" experiences an enraptured, almost world-forgotten mood through the registration, which leads the roaring finale of Vierne's Organ Symphony No. 6 to a furious conclusion.