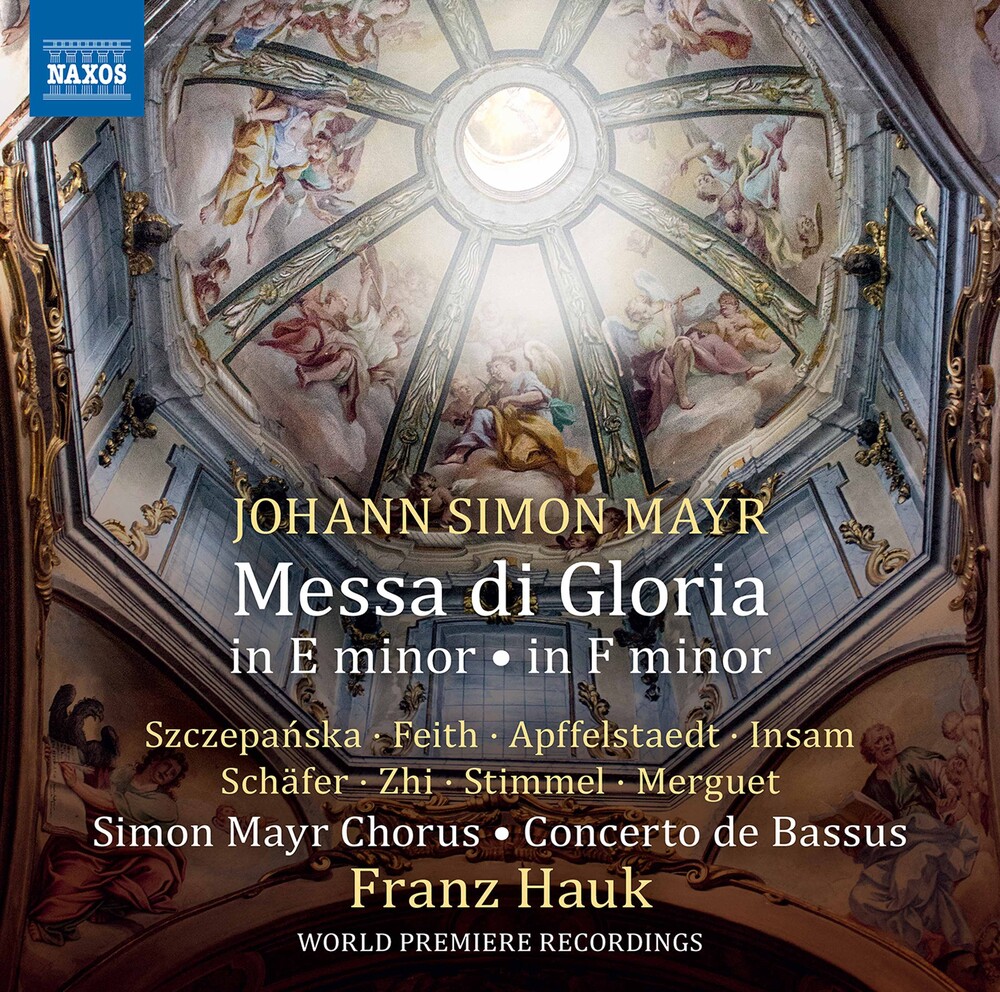 Mayr's Masses were in demand across Europe, and their composition is rooted in the Italian tradition of the messa concertata which demands division into separate vocal numbers. The Mass in E minor has long been recognized as an outstanding example of Mayr's late style, with it's polyphonic mastery and dialogues between singers and concertante solo instruments being exceptionally convincing. The Mass in F minor evokes both joy and deep melancholy, though accompanied, as always, by Mayr's notable gift for melodic beauty. Conductor Franz Hauk has been responsible for re-establishing the music of Johann Simon Mayr, one of the most significant operatic and vocal composers residing in Italy before the rise of Rossini. This latest album is another in the series of ground-breaking world premiere recordings of Mayr's music by the same forces under Hauk.