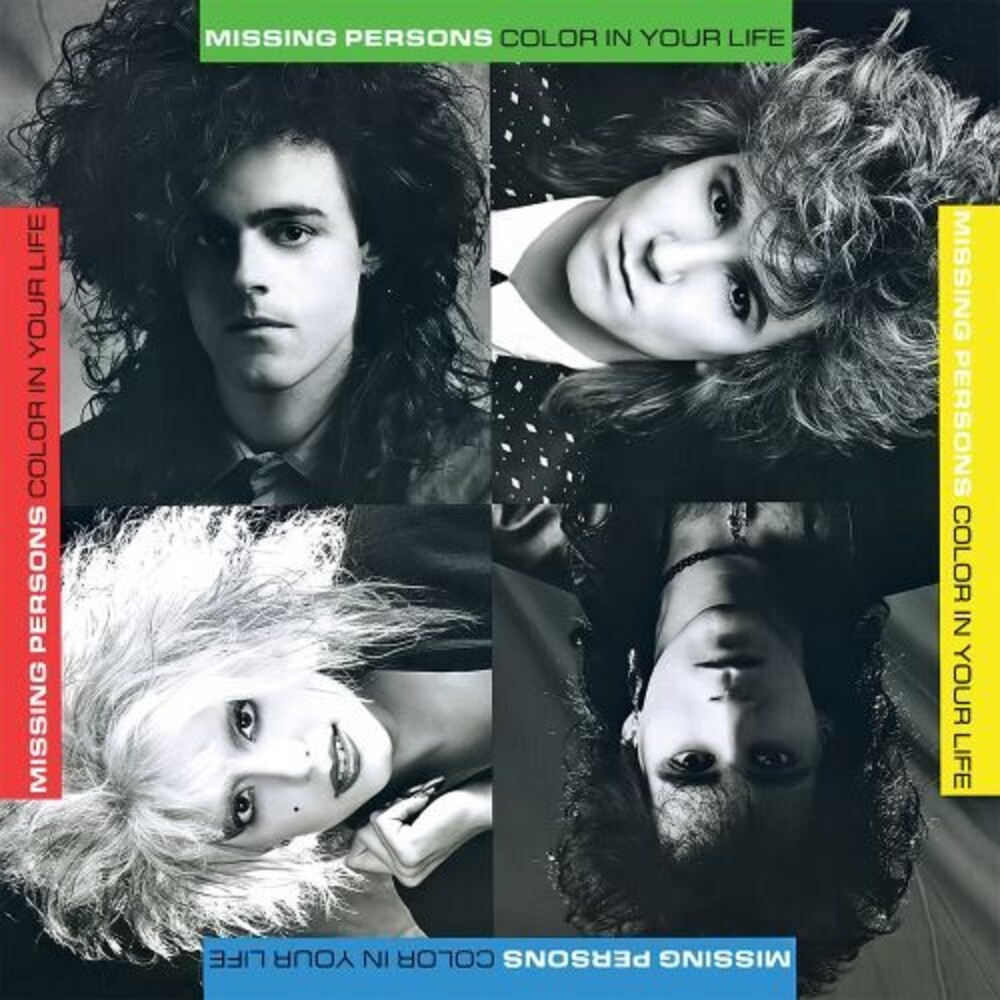 The third and final album from the original incarnation of Missing Persons appeared in 1986. Color In Your Life was given a big name producer in Bernard Edwards (from Chic) and a budget with the intention of advancing Missing Persons beyond their semi-cult status. Despite the big production sound, the album was still undeniably Missing Persons. Dale Bozzio's voice sounded strong and confident, Terry Bozzio's drumming was just as impressive as ever, Warren Cuccurullo's guitars were still given a spotlight despite the increased focus on the rhythm section, and Patrick O'Hearn's basslines remained intricate and detailed. The single I Can't Think About Dancin' looked straight to the club scene with a booming beat and groovy bassline. No Secrets and Face To Face maintained the high energy hooks fans had come to expect from Missing Persons, while Boy I Say To You continued the experimental side. Soon after the album's release, the band and the Bozzio's went their separate ways with each individual member going on to further success individually. Dynamically remastered from original tapes, this new edition includes the nine original album tracks along with a couple of album outtake and various remixes of I Can't Think About Dancin'.