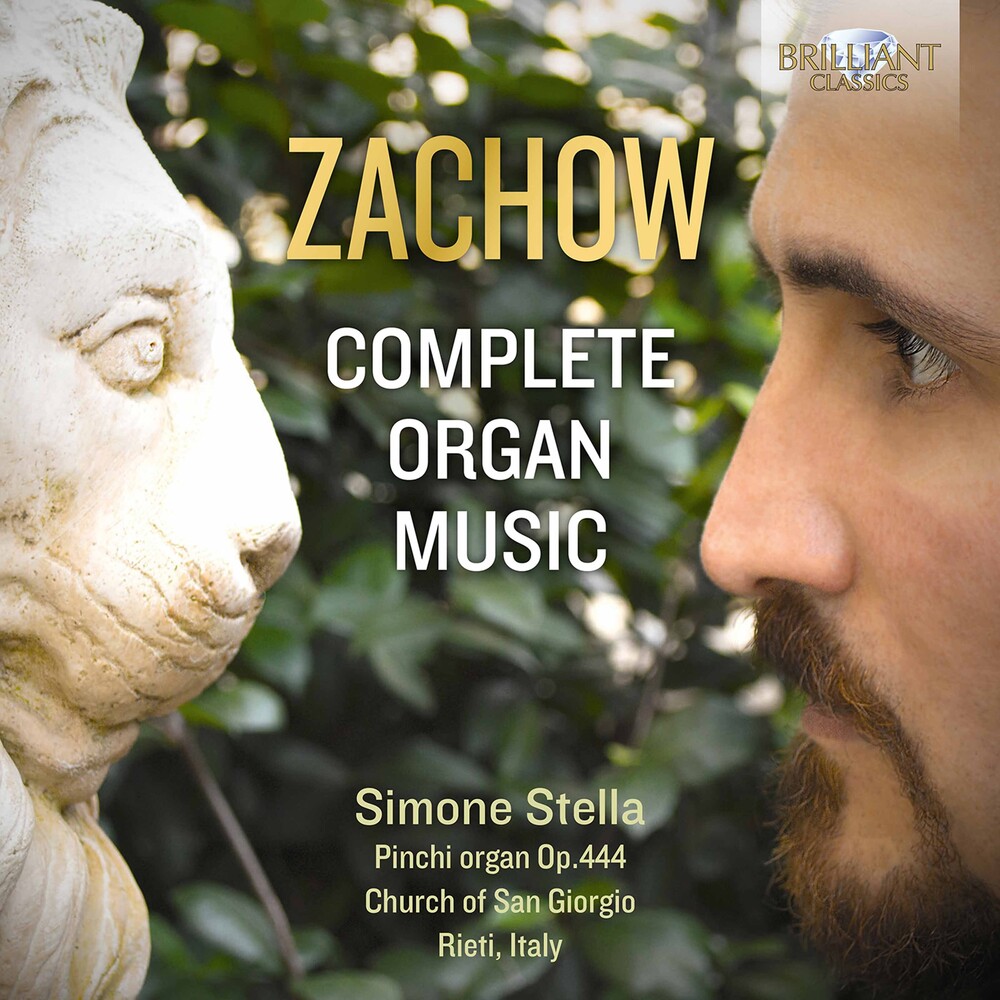 The industrious Simone Stella has produced critically acclaimed complete sets of keyboard music by Buxtehude, Bohm, Reincken, Walther, Froberger and Pachelbel. Now he ventures further off the beaten track with the complete surviving organ music of Friedrich Wilhelm Zachow (1663-1712), a Leipzig-born musician long known to posterity almost exclusively as the first and formative teacher of the prodigious George Frideric Handel. Over the course of Handel's teenage years he became a proficient violinist and organist as well as composer, thanks to the efforts of Zachow, whose library included much of the best music then published in Europe. His own music has remained undeservedly in the shadows, for Zachow can be counted among the most distinguished and original composers of keyboard music in the generation before J.S. Bach. There are three- and four-voice chorale settings and variations, devotional in spirit but full of lively contrasts. More ambitious are the chorale fugues and partitas, which demonstrate considerable ingenuity on Zachow's part as he embeds the old themes within intricate textures while maintaining a vividly drawn musical line. Most interesting in this respect are the 12 variations on Jesu meine Freude, which inevitable invite and by no means suffer from comparison with Bach's motet. Zachow's music evidently exploits the untempered tuning and the bright timbres of the instruments of his day, which Simone Stella has respected in his choice of a modern Pinchi organ at the Auditorium Varrone (former church of San Giorgio) in Rieti. With only a single rival recording available (at full price), Simone Stella's new set commends itself to all collectors of Baroque organ music.