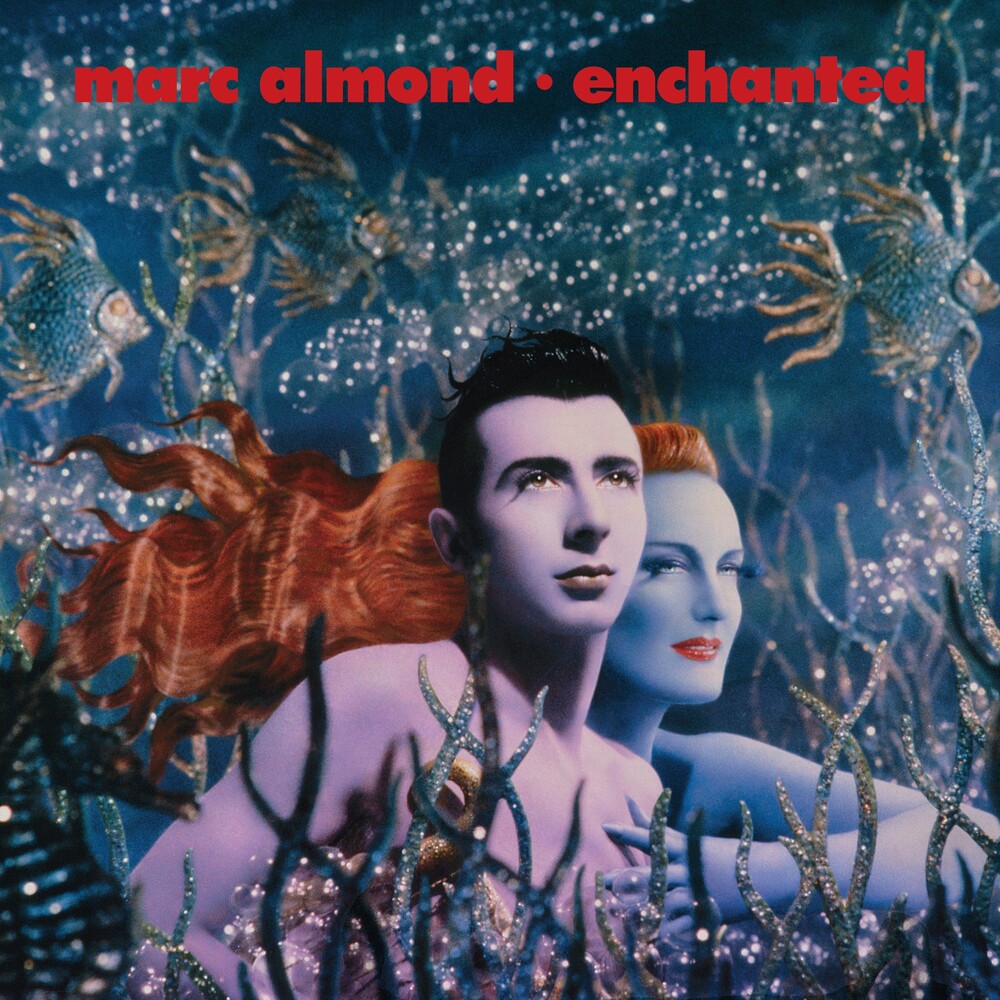 Originally released in August 1990, Marc Almond's opulent sixth studio album, "Enchanted", is saturated in his signature poetic romanticism and contains some of his finest lyric writing in songs as various as the epic 'Madame de la Luna', 'Death's Diary' and 'Orpheus In Red Velvet. ' The album's lush lead single, 'A Lover Spurned', is a classic Almond power ballad of unrequited love with an equally thrilling production by Stephen Hague, employing a melodramatically thunderous 48-piece orchestra. The album, additional to it's pronounced electronic pop production, is very much a journey through the world music influences that Marc was listening to at the time; he explains, "There are Indian bhangra influences on the track 'Death's Diary', Middle Eastern influences on 'Orpheus In Red Velvet', Brazilian lambada on 'Carnival of Life', Celtic flavourings on 'The Sea Still Sings' and Latin drama on 'A Lover Spurned'. "The original album is replicated on the first record of this deluxe 2xLP set and the second record evidences, in both the B-Sides and the selection of original album demos that it contains, a more acoustic intimacy that frames Almond's superior song-writing craft in a counterpoint tradition of the deft and immediate story-telling thrust of the very best of European chanson. We are delighted to re-instate "Enchanted" to Marc Almond's lustrous back catalogue. It really is serious pop at it's best, taking the listener chronologically on a journey from the alluring enticements of 'Madame de la Luna' with gold in her veins, to the underworld torments of 'Orpheus In Red Velvet,' with all the rich enjoyment of the celebratory myriad of virtues and vices that are sung about in between. The album cover features it's original sumptuous Pierre et Gilles artwork and the all new full-colour inner sleeves boast two further Pierre et Gilles images, supplied for the release with love from the artists themselves and whose special message of memoir is carried on the inner sleeves alongside a written appraisal of the album by official Marc Almond biographer, Jeremy Reed and all the song lyrics. Limited Blue 2lp Vinyl pressing. Pre order only.
back to top